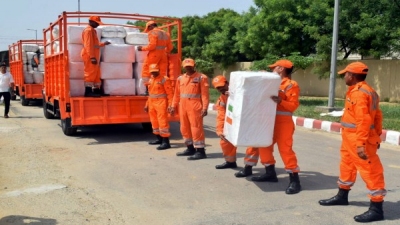 The reopening of the embassy came three weeks after an Indian team led by JP Singh, the MEA's point person for Afghanistan, visited Kabul and met acting Foreign Minister Mawlawi Amir Khan Muttaqi and some other members of the Taliban dispensation. It is learnt that the Taliban side had assured the Indian team that adequate security will be provided if India sends its officials to the embassy in Kabul. 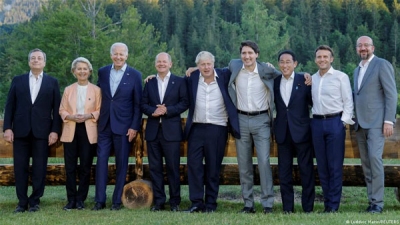 "The thing about the G7 is they're not legitimate, but they are immensely powerful and they can do very powerful things."

Max Lawson's demands are clear. As Germany, France, Canada, Japan, the US, UK and EU — otherwise known as the Group of Seven — gather for their annual meeting, this year at the luxurious Schloss Elmau high in the Bavarian Alps, the head of Inequality Policy at Oxfam is calling on the leaders of these wealthy countries to cancel the debt crippling the globe's poorest nations.

"It's really dramatic," Stormy-Annika Mildner, executive director of the Aspen Institute Germany, a think tank, told DW. "They're paying almost more on servicing their debt than they're getting in new aid."

But debt cancellation isn't on the group's public agenda this year. Instead, on Sunday, the first day of the summit, the informal block of industrialized economies unveiled its "Partnership for Global Infrastructure and Investment," a commitment to raise $600 billion (€568 billion) in private and public funds over five years to finance needed infrastructure in developing countries. "I want to be clear. This isn't aid or charity. It's an investment that will deliver returns for everyone," US President Joe Biden said, adding that it would allow countries to "see the concrete benefits of partnering with democracies."

The initiative is meant to counter China's influence and its ongoing, multitrillion-dollar Belt and Road project. United over common values that include democracy, rule of law and a free market, combined the G7 countries account for around 45% of global gross domestic product, according to the World Bank. This gives them considerable economic influence. Critics charge the group with having too much sway on global issues.

Three crises at once

Biden said the hundreds of billions of additional dollars could come from multilateral development banks, development finance institutions, sovereign wealth funds and others. The news followed the group's first session of the summit, which was focused on the state of the global economy.

"All members are concerned about the crisis we are confronting — falling growth rates in some countries, rising inflation, raw materials shortages, disrupted supply changes — these aren't small challenges," German Chancellor Olaf Scholz said in a televised statement after the session. The world is effectively facing three crises — fiscal, energy and food — at the same time, Mildner said. That's on top of the ongoing climate and health crises.

"It hits those countries most that still haven't recovered from the health crisis," she said. "These countries spend a lot of money and their fiscal space has become very, very small. "

This is the situation many African countries find themselves in, said Edwin Ikhuoria, Africa executive director of ONE, an NGO fighting to end poverty and preventable disease.

"They simply don't have the fiscal space to respond to their own people's needs," he told reporters at the summit.

This financial predicament is growing more dire as the world plunges ever deeper into a hunger crisis, worsened by Russia's war in Ukraine. Nearly 193 million people experienced acute food insecurity in 2021, according to the World Food Program, 40 million more than the year before.

Oxfam's Lawson pointed fingers at food and energy corporations, which are raking in record profits in recent months as consumers struggle to afford daily necessities, as well as at private creditors.

"[Poor nations] are spending more repaying BlackRock than they are on health or education combined," he told reporters, calling out the world's largest investment bank. Along with canceling the debts their countries hold, he called on the G7 leaders to compel private creditors to do the same.

For Mildner, it's a geopolitical matter. "If we are serious about wanting to ensure that undecided countries are not moving towards China and Russia, then there needs to be financial contributions and there needs to be debt relief," she said.

Sunday's infrastructure announcement was a good step, she added, but cautioned that the group was essentially reworking a commitment it had already made last year, which hadn't achieved much.

Ikhuoria told DW that funds promised to poorer nations by richer countries and international orngaizations often received a lot of public hype, but much of the money failed to get where it's needed most. When asked if the G7 is the appropriate mechanism to fight hunger and poverty, he said that they will "gather anyway, and they spend hundreds of millions every year together."

"So they can as well decide that this is the time to put in, not just the vision, but the resources and a plan to end the hunger crisis, " he said. "Because they can, actually ... At least the hundreds of millions they spend should not be in vain." 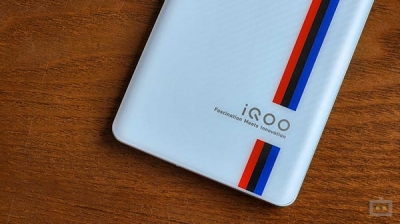 iQOO gaming smartphones offer enhanced features like an upgraded processor, an advanced cooling system, better haptics, and more. Now, the brand is gearing up to launch the iQOO 10 smartphone for the global market. A new leak has revealed its rear panel and other design details of the alleged iQOO 10.