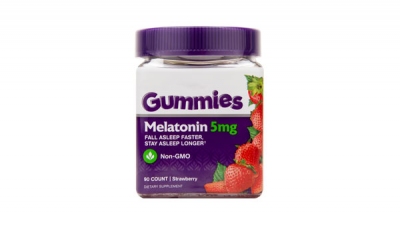 Sleep is important for psychological and physiological health, but many children have trouble getting to sleep, or getting back to sleep when they wake in the night. This can be exhausting for both children and parents, and some parents have turned to giving their kids lollies containing melatonin. These gummies, purchased overseas... 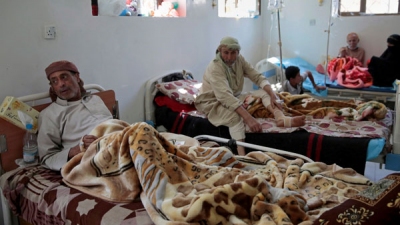 The first preliminary results released by Bosnia's central election commission early Monday showed cooperation-prone contenders Denis Becirovic and Zeljko Komsic on course to win respective Bosniak and Croat seats in the tripartite presidency. However, the reformists were likely to be joined by Zeljka Cvijanovic from the strongest Bosnian Serb party - the secessionist and staunchly pro-Russian SNSD. 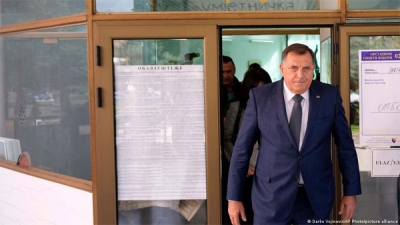 Polls close after Bosnia and Herzegovina

The people of Bosnia and Herzegovina on Sunday evening awaited the results of the country's elections, after a campaign dominated by threats of secession, political infighting and ethnic tensions.

The Balkan country is going through arguably its worst political crisis since the end of its war in the 1990s.

Who will be the three new presidents?

The election was held primarily to cast ballots for the country's tripartite presidency.

Bosnia's president's role is shared by one Bosniak, one Serb and one Croat, who each serve a four-year term.

Three candidates are in the running for the Serb presidency, two for the Croat and three for the Bosniak position including SPA leader Bakir Izetbegovic — the son of the first president of independent Bosnia.

Voters have also picked the deputies of the federal parliament and a string of regional and local councils.

Bosnia remains divided between two largely autonomous regions: the Republika Srpska (RS) and the Federation of Bosnia and Herzegovina (FBiH), which is shared by Bosniaks and Croats.

RS, the Serbian part, seeks secession from Bosnia. In December it voted to withdraw its representatives from the country's armed forces, tax system, and judiciary. The plan is currently on hold.

Long-serving Serb nationalist Milorad Dodik is seen by the West as the most destructive player in local politics and his party enjoys the support of Russia, Serbia and Hungary.

Dodik is seeking a third term as head of RS after completing a stint as one of the country's three presidents.

The country's Muslim Bosniaks were given the choice of voting for a disparate, 11-party coalition that is trying to unseat the rule of the mainstream Party of Democratic Action (SDA).

The SDA has largely dominated the politics in the tiny country for decades.

Croat nationalists have also been working to weaken Bosnian state institutions as a whole and warned they may block the formation of a government if moderate Zeljko Komsic wins the post of Croat presidency member.

A lack of reliable polls has made it difficult to predict the outcome, but many analysts believe nationalist parties will remain dominant.

They say the biggest change may come in the Bosniak camp, which is the largest and most politically diverse.

Election authorities said that 35% of nearly 3.4 million people eligible to vote had turned out to cast their ballots by 3 p.m local time.

Despite reports of irregularities and the detention of some people over ballot fraud, officials said the vote had proceeded in a satisfactory manner.

Bosnia's system of government was created as part of the 1995 Dayton peace agreement, brokered by the United States, which ended the Bosnian war but gave ethnic leaders the authority to retain the status quo.

More than a quarter-century after the war ended, hatred and mistrust persist.

The feuding has hobbled Bosnia's candidacy to become a member of the European Union.

Bosnia applied in 2016 but an EU assessment said entrenched structural problems, including weak rule of law, was holding the country back. 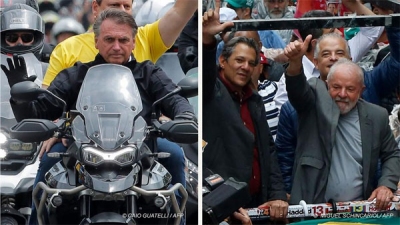 Brazil's presidential race will go on to a runoff after first-round results showed on Sunday that the two front runners failed to receive over 50% of the votes.

Brazilian electoral authorities said the vote will go to a second round after former President Luiz Inacio Lula da Silva got 48% of the vote, while incumbent Jair Bolsonaro got 43.6%.

Why the election matters

Brazil is the world's fourth-largest democracy and the two main candidates represent two ends of the political spectrum.

This caused uncertainty about the future of Brazil's democracy. There were also concerns about whether either candidate could claim an outright victory.

Opinion polls had put Lula in the lead for months, and Bolsanaro avoided questions about whether he would respect results if he lost, prompting fears of post-electoral violence.

What to know about Bolsonaro and Lula

Bolsanaro, a far-right leader, came to power in 2018, promising to clean up politics and lift the economy.

But Bolsanoro was severely criticized for downplaying the dangers of the coronavirus and mishandling the pandemic, as well as failing to lift living standards for many Brazilians.

Lula, a leftist leader who was president of Brazil from 2003 to 2010, was credited with implementing extensive social programs that helped lift millions into the middle class.

The election campaign represented his attempt at a big political comeback since Lula was sentenced to 10 years in prison in 2017 on a range of corruption charges.

But several criminal cases against him were dropped by a Supreme Court judge last year, allowing him to seek presidency again.